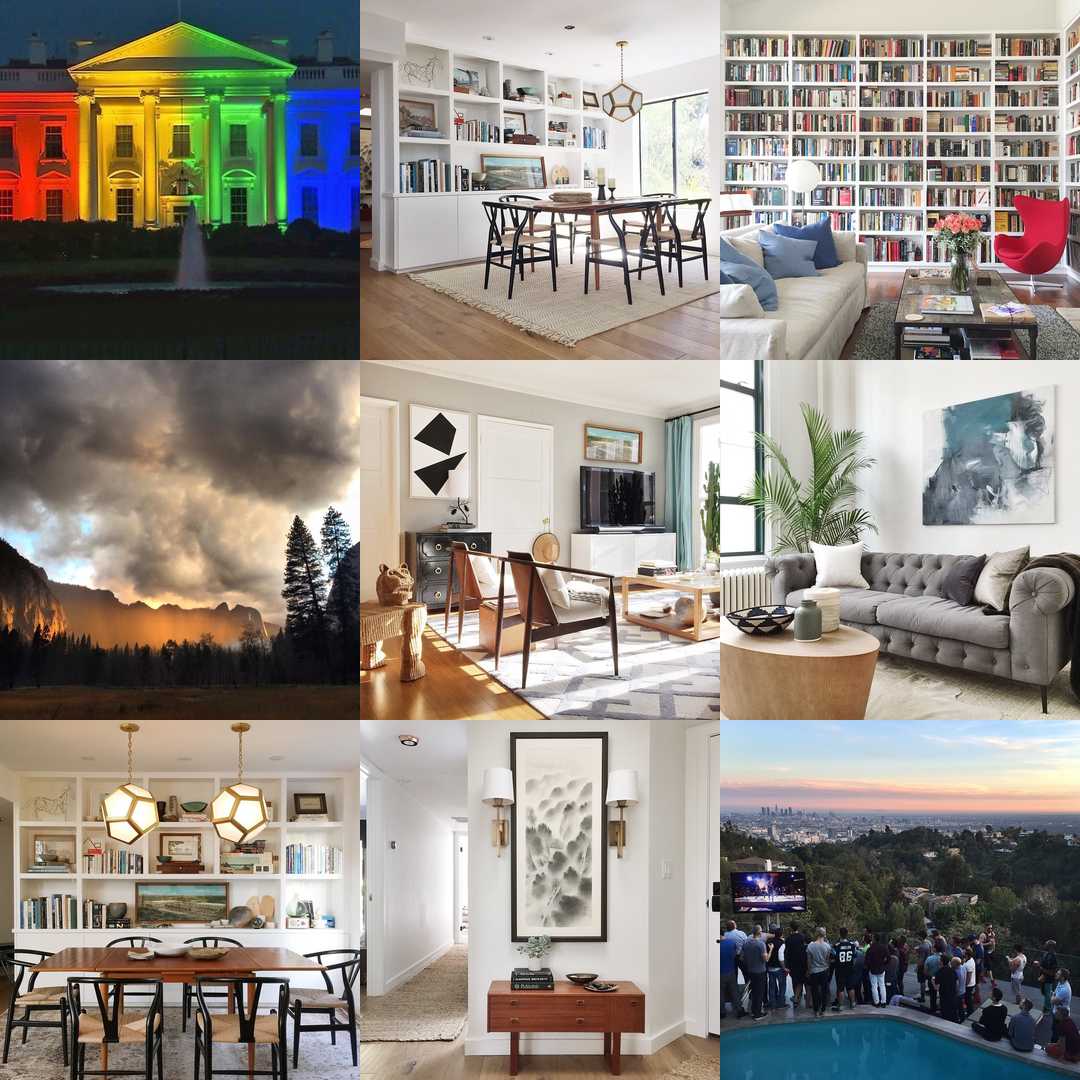 It’s been a while since we corresponded. Don’t worry, I’m not going to be one of those bloggers who shows up after months and makes excuses for why I was gone. I know that ultimately that always ends up sounding like when you run into your friend and she talks about how she’s so busy and hasn’t had time to respond to your texts and in your head you’re like “BUT I’M BUSY TOO! DO YOU JUST THINK I’M SITTING AROUND TEXTING YOU AND LIKING EVERY SINGLE ONE OF YOUR STUPID INSTAGRAMS? NO, I TAKE IMPORTANT TIME OUT FROM BEING TEXTED BY OTHER PEOPLE AND HAVING OTHER PEOPLE LIKE MY INSTAGRAMS TO CALL YOU. MY TIME IS VALUABLE!” I genuinely wish that people could say they were busy and there wasn’t baggage around it, but I guess that’s impossible. So I’m not gonna say that. I’m just gonna be like “hi!” and get one with it.

Anyway, the only reason I even bought up that I haven’t written in a while is that writing and resurrecting Hommemaker is one of my New Years Resolutions. I’ve always loved new years rezzies, but I’ve noticed a lot of resolution-hating going on this year, both on social media in different editorials (see New Years Resolutions Are Stupid and New Years Resolutions Are Stupid and Here’s Why). The two aforementioned articles seem a little tired and baseless (also, wasn’t Business Insider, like a real publication at some point? I feel like all they publish is clickbait these days). On the other hand, some of the posts making fun of resolutions have been brilliant. My favorite was written by Leah Eades, which lampoons heartfelt (but semi-self-righteous) pieces by Tobias van Schneider and Kelly Fitzgerald about how giving up alcohol changed their lives and made them better than everyone else.

There seems to be, at this time of year (right after all the traditions and icons of the holidays), a rebellion against contrivance. People don’t want to be asked the same questions over and over again. “What did you do for Christmas? Are you ready to be back at work? Did you make any New Year’s resolutions?” I can kind of understand why someone would be totally bored by these questions. But at the same time what else are you supposed to ask casual acquaintances when you see them for the first time after being gone from work for ten days?

Regardless of whether they work, I’m into New Year’s resolutions. Firstly, because it makes sense right after the most decadent time of the year to be like “Alright, let’s press the reset button and start fresh.” Also, like ninety-nine percent of resolutions are health-related. Being that we just spent the past month and a half trying to get as obese as possible, a healthy start to the year isn’t a bad idea. Plus, it’s a lot easier to eat healthy when you don’t have to go to holiday parties or drink at home alone because you weren’t invited to any (I did both this year). January finally brings a minute to spend some time not eating garbage food. Why not use the motivation that’s built into New Year’s Resolution peer pressure?

Anyway, to make a long story short, I see no reason to look down on other people and their resolutions. Yes, statistically speaking most of us will fail, but there is inherent value in at least trying, taking a moment to figure out what we think is important. In that spirit, I’ve come up with my own list of resolutions. Here we go:

I have a tendency to always assume something horrible is either happening or about to happen. I wake up at night, freaking out about some bill I have to pay or something I said two weeks ago. My life is filled with dread. I kind of hate it when people complain about stress, it seems like first world whining, so I’ve always sort of downplayed my own stress. But a few years ago I got pretty decimated by shingles (which normally occurs in people 60+ and is usually a sign of intense stress or compromised immunity in younger people) and I realized I had a major issue with anxiety. What I realized is that acknowledging your own stress doesn’t mean running around asking other people for validation about why you’re stressed, it’s more a private conversation with yourself about where your anxiety stems from, whether it’s a logical fear, and if it is what the solutions is.

One aspect of life which I think is inexorably linked with stress is money, and I see this in friends at all different levels of socio economic means. It is incredibly stressful to live paycheck to paycheck, or to get behind on bills. At the higher end, it’s incredibly stressful to worry you’ve made terrible investments or that your money is going to somehow disappear because of medical issues, etc. I learned an exercise when I was mega-poor and getting telephone calls every single hour from credit card companies and other bills I couldn’t pay (after being laid off in the great recession in the worst economy since the Great Depression). The exercise was to just remind myself that money didn’t define me. Money is a tool society uses to make sense of chaos and keep everything in order. It shouldn’t be a barrier to your happiness. Of course, it’s hard to keep this in mind when you’re really financially stressed, but reminding yourself how abstract and artificial it really is can be comforting, as well as reminding yourself of the resources you do have. Maybe it’s a great family or strong creative abilities. There are assets you’ve got that no one else does, you just have to take time to remember them.

This blog not only allows me to correspond with the people who are kind enough to read it, it allows me to explore my ideas, document my life, and use my creativity. It’s also a great way for me to share what I’m up to at Homepolish. This year I’m hoping for a less-is-more type publishing schedule, aiming to publish once a week posts that are meaningful, open-hearted, design-inspirational, artistic, or all of the above. I’ll be doing quite a bit of writing for Homepolish and Emily Henderson, so I’ll make sure to post links to those here as well. Most excitingly, I’m developing a web series for Homepolish, which which also be available here.

I’ve had a few publishers reach out to me about writing a book. This is something I’ve always wanted to do but have worried that I don’t have time. I don’t know that I’m ever going to feel like I have time so I think I’m just going to go for it this year. I’m not even sure what it will be yet, but it will be a lifestyle book that is hopefully funny and is filled with 100% original content. I may pick up some discussions I’ve started here on the blog, but the point is to make a design book like no other that makes you laugh and doesn’t take itself too seriously.

I studied art for six years, getting a BFA and an MFA. But I never make art anymore. I don’t have a studio space. I have a great job that is super time consuming, a million hobbies, and a metabolism that forces me to workout daily or I transform into a giant Humpty Dumpty. It feels like there’s no room in my life for making stuff, just for the sake of making it. Yet I still dearly miss making things with my hands. I had been eyeing a membership to a pottery studio in West Hollywood, but I never would have actually joined for all the busy-themed reasons I mentioned above. Luckily, Edouard swooped in and got me a membership for Christmas. So I’ll start small by making pottery and small sculptures. And who know, maybe I’ll be a pottery mogul by 2017.

I’ve noticed as I’ve entered into my thirties that keeping up old relationships hasn’t been easy. I went to school in the Northeast, and formed many close bonds there. I don’t have many friends from childhood, I had little in common with most of the people I grew up with, but when I reached college I actually found people I could relate to and it was life-changing. Now that college is ten years behind me and I’ve moved back West, I’ve had a hard time maintaining these relationships. I’m making a resolution to myself to reconnect with people who helped me become the adult I (finally) am.

Additionally, I miss being closer with my family. My mom and I used to be best friends and now sometimes it seems like we barely know each other. There’s this weird thing about growing up where you kind of resent your parents for letting you grow up, and they kind of resent you for growing up. So there’s just this weird resentment for living and growing, that’s really just based in love and desire for closeness. I’m resolving to get over this resentment and enjoy my parents before they die (which is another thing I am constantly in fear of, even though they have like 40 years to live. See my first resolution).

I know. I know. This one is so stereotypical. You’d never guess someone like me, who does as many photoshoots as I do and is constantly in front of a camera pretending it’s fun to put a pillow on a sofa, has as many crazy body issues as I do. But someone close to me let me know I’d gained weight over the past two years and it was really painful. Not painful because he hurt my feelings. But painful because I had no idea. I have no perspective on my body because I have always held it in such low esteem. Ever since I can remember, I have always felt fat and disgusting, even when I was thin. Which was sad when I was actually skinny and thought I was fat but kind of useful when I got heavier and didn’t know I was heavier. I have body dysmorphia. And to be honest, I’d rather lose the body dysmorphia than the 20 pounds I’ve gained (but I still wanna lose the 20 pounds I gained).

I recently reached out to my friend Alexis, an integrative nutritional coach who started a great LA-based company called Good Roots. Alexis and I have known each other since high school and she’s the type of friend that ends up being family. She’s started me on a cleanse (I know, so LA) and I’m actually really enjoying it. Her philosophy is that a lot goes into weight issues, so you can’t just look at calories if you want to lose weight. A lot of things go into how your body deals with food including stress, sleep, how many artificial additives you’re consuming, etc. So she starts by targeting those, knowing the more balanced you are nutritionally, the more balanced you’ll become emotionally. So I’m excited to begin the new year by starting afresh. (I’ll let you know how the weight loss/wellness stuff with Good Roots goes).

I have many more mini resolutions which are not worth going into here. My main point is that I don’t see anything wrong with setting up goals for yourself, even if you fail. Trying, being vulnerable, and aspiring, are the only ways we can truly be our best.