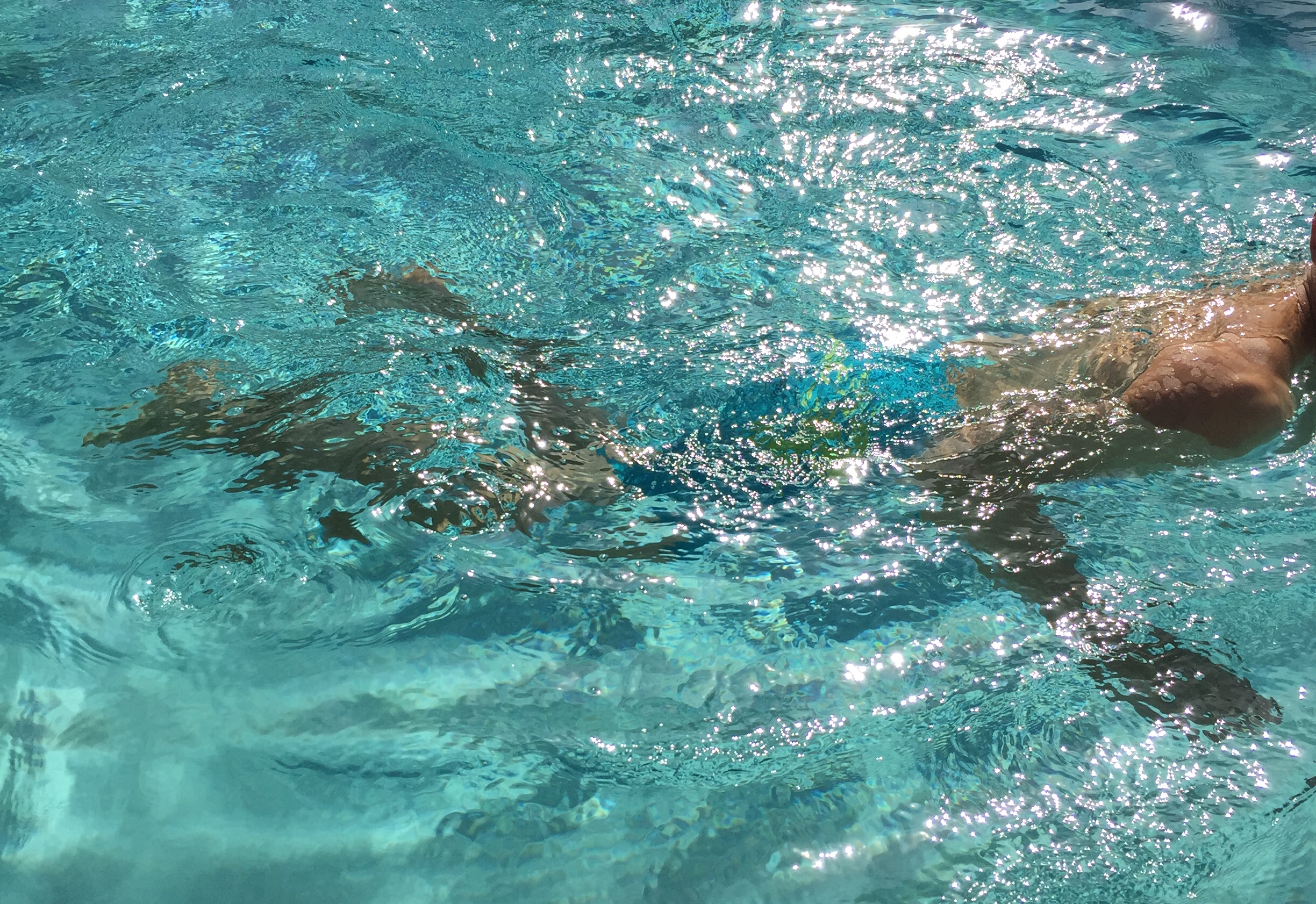 In California, it always feels like a disaster is right around the corner. I know this from growing up in Yosemite, where I constantly wondered if a rockslide was going to cause granite slabs to fall on top of the house and smash us all. I know this from living in Los Angeles, where at any moment there could be an earthquake that causes the ceiling to fall. It is my belief that what makes California so beautiful is the subconscious understanding that it could fall apart at any moment. In a wildfire, in an earthquake, in a tsunami, in a tragic drought-induced water famine. If you stop and think about it, this place is terrifying.

I realized recently that I’ve taken the same sensibility about my home state and applied it to my life. And I’m not sure that’s a good thing.

A bit of backstory. For over a year, I’ve been dating a great guy who has been an attentive, giving partner and amazingly loving. Before that, I’d come out of a breakup that changed me emotionally forever, leaving me much less trusting and open than I’d been before. The last few years have been a roller coaster, but have smoothed out and landed in a nice place. My career has sort of moved in tandem to my love life, and I’ve been experiencing a tremendous amount of luck and success, through working with Homepolish and getting some wonderful sponsorships opportunities.

My boyfriend and I plan on moving into his Silver Lake condo at the end of the summer after it’s completely renovated (a project I’ve been working on for the past few weeks that is extremely exciting). This project has been maybe the most exciting of my life for a number of reasons. Firstly, he’s being pretty great about just letting me do what I want to do, and the space is going to look incredible when it’s finished. Second, there is nothing more fun than picking out finishes, furnishings, and designing a space with someone you love. It’s fun because of the fantasy involved, imagining what you’ll do in these spaces together, imagining a life that hasn’t happened yet. It’s all about thinking to the future, and being excited about it, and it’s a wonderful feeling.

The renovation we’re doing in Silver Lake is pretty involved (I’ll be sharing more about it soon, including renderings and before pictures). It involves basically gutting an 80s modern apartment and making it into a minimalist/Scandinavian paradise furnished with art and furnishings by California designers/artists/makers. It’s going to be a huge transformation, and it’s also the first time I’ve done this extensive of a renovation for a space I’d eventually call home.

I’m not necessarily one of those people who’s running around constantly wondering if he’s happy or not, staring into a mirror wondering about the meaning of life. But about a week ago I was looking at tile with Edouard and I realized this was the happiest I’d been in a really long time. Like the happiest I’d been in years. It’s not just the superficial/professional excitement of getting to work on such an exciting home that I’ll get to live in. It’s more that it’s imagining a life together with him, and how fun that is.

But there’s this feeling in the back of my brain, the feeling that something is about to fall, that I also struggle to contend with. This gets back to my California fatalist roots, the notion that something sinister is always right around the corner. What goes up must come down. And I’m not really sure how to deal with these worries.

It does seem logical, especially when you’ve experienced years of disappointment with love, professional life, and financial struggle, to expect bad things to happen. But as practical as it is to be constantly aware of the possibility of something awful happening, I can’t help but think there’s an aspect of self-fulfilling prophecy there. By being worried about all the sad things that could potentially happen in my future, am I plotting my own demise?

I know this seems kind of super specific, super personal, and maybe only applicable to me, but I think a lot of people do this. We kind of expect things to go wrong so that when they do we can feel smart that we weren’t blindsided by them. Which is the responsible thing to do, in a certain sense, because it protects you from ever getting fully invested enough in anything to be really hurt by it.

But it also shields you from fully enjoying your own happiness. From being able to get fully excited about your future.

If I learned one thing from the struggles I’ve had in my life (heartbreak, career woes, money worry, etcetera), I’ve learned that you kind of have to take the happy time at face value and be thankful for them. This goes especially for relationships. It’s so easy to get disillusioned when you look around. All there is to see is divorce and breakups and people getting hurt. But part of being a happy person is being able to maintain optimism, even in the face of dire facts. Perhaps the best thing we can do for ourselves is to say “everything is going to be fine,” even when statistics tell us otherwise.

Love seems really stupid from the outside. That is to say that other people talking about love or their particular relationship can seem ridiculous and performative and contrived. And I guess that’s part of why I’m so hesitant to get really excited about something romantic happening in my life – to be picking out a backsplash/planning a shared space with a guy I really care about – because part of me (read: most of me) doesn’t want to participate in this dumb culture of projecting their Disney-based ideas about love onto their partner. And I especially don’t want to be one of those annoying people who’s all “WE need to use Caesarstone in OUR bathrooms because WE hate when OUR countertops get stained because WE are both crazy perfectionists.” Because those people make me want to stab myself in the face with a sword.

So for now I’m sort of taking the middle road. I’m trying to say goodbye to the part of my brain that’s saying “something’s going to go wrong, something always goes wrong,” without resorting to unrealistic contrivances to quiet my fears. I can’t control the future (I’m not one of those “The Secret” people that believes staring at a picture of a skinny model is going to eventually make me into a skinny model). Would I genuinely like to stay with my boyfriend forever? Yes. But for now, I’m putting that out of my head. Instead of asking myself where we’ll be in fifty years, I’m asking myself whether what is happening now is right and productive and happy. And it is, so I’m going to take what I can from it and try to be as thankful as possible that I seem to be experiencing a tremendous amount of luck, that my family is healthy and that we are all doing well, and leave the worry about something going wrong to the time when something actually goes wrong.

26 thoughts on “Am I Plotting My Own Demise?”