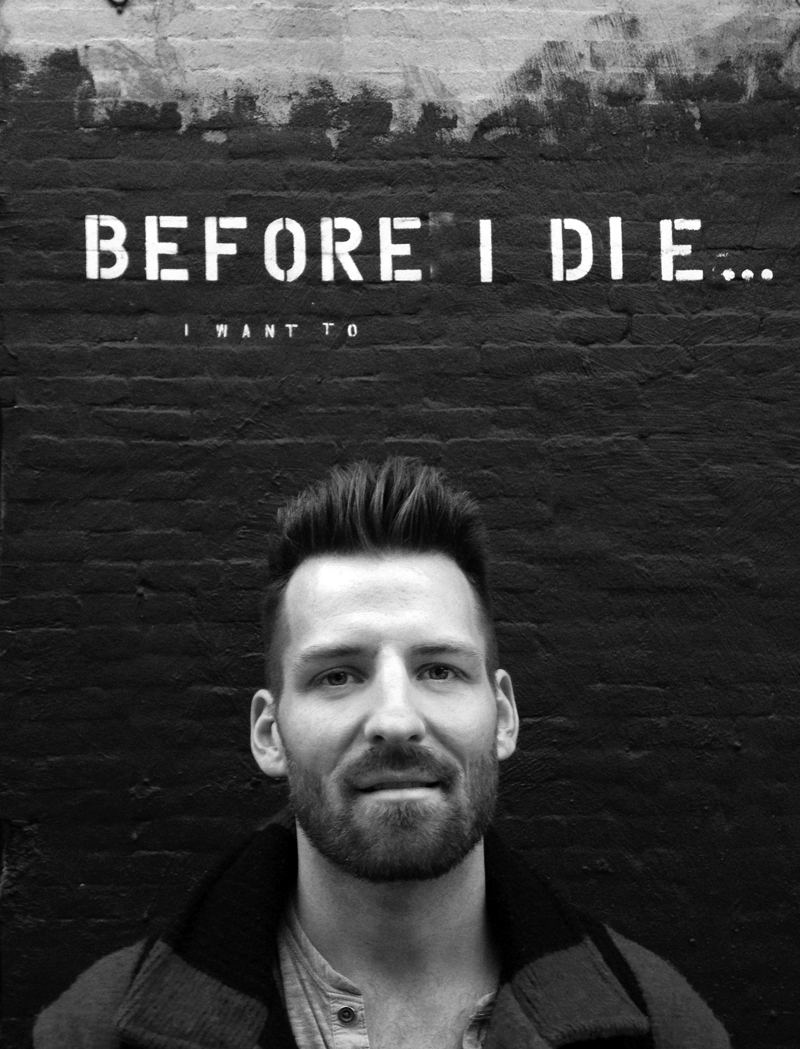 [This post is centered on the recent LAX shooting incident. If you don’t know that story check out the LA Times Coverage]

I had a weird experience a two weeks ago. I showed up at LAX, for my flight to New York. I was a bit late. It turns out I’m getting increasingly bad at showing up sufficiently early to the airport. Like I show up just in time to run through security and run directly onto the plane after my boarding group has been called and I’m sweating and annoyed because I’m dressed simultaneously for New York and Los Angeles, in flip-flops and a puffy jacket.

As I was entering security on November 1, I heard a loud popping noise. It pretty much sounded like one of those firecracker popper things. You know what I’m talking about? Those things you throw on the ground and they make this, like, totally delightful cracking noise? Well imagine that noise except multiplied by 1000. Just a super loud cracking noise. At first I Thought it was something exploding. I couldn’t really process what was going on. I had just set my camera and my computer on the table leading to the x-ray scanner. People were just sort of looking around confused, dumbfounded.

And then everyone started screaming.

Everyone got down and hid under something. Which sounds kind of stupid now, like a metal table is really going to protect you from gunfire. But you don’t really know what to do when there’s a ton of banging going on and you have no idea where it’s coming from, how quickly it is progressing towards you, or how many people are shooting.

[At this point the gunman – just one – was entering into the security area].

He shot his way in. Later on when I told someone the story he asked “How did he get into security with a gun?!?” And I was like “With a gun.”

And the hyper-snaps kept getting louder and louder, until somebody screamed.

And at this point part of my brain malfunctioned. When you’re at the airport there are all these rules.

“Take off your shoes.”

“Take your laptop out of your bag and put it in a separate bin.”

“Take off your belt.”

There are all these strict rules in airports. And those strict ruled give you the sense that you are safe. But really, you’re not. Because once something crazy happens all those rules go out the window. No one complies with anything because they are just trying not to die.

[At this point the gunman was about 30 feet away, I couldn’t see his face but I could see the shuffle around him].

TSA agents began tearing through the full-body security scanner, terrified, so I followed suit. As we all ran through terminal three, trying not to trip over grandmothers and babies while everyone was screaming and crying, the shots kept coming. No one has really talked about this. It feels like the shots went on forever. Like how long he was shooting and how many shots he put off. And the shots were constant. I’m actually surprised more people weren’t killed or injured considering how many shots went off.

A door leading outside had been opened somehow, a stroller knocked over blocking it, causing people to trip over each other. Flailing all over the place. Pushing each other.

“Ok pushing each other isn’t going to help anyone!” a prissy looking blonde woman quipped as the dude in front of me nudged her out the door, giving me instant respect for her. Go girl.

We ran down the steps, finding shelter in the underside of the terminal (there is an empty space that runs beneath the terminal, used for deliveries, etc). The snap-pop gunshots remained just as loud. Were they following us? Were they trying to get further into the terminal to set off a bomb? Paranoia.

[At this point the TSA had chased the gunman deep into terminal 3 which was right above where we were running, which is why the gunshots sounded so loud].

People tore out onto the tarmac, running dangerously close the landing strip, where planes were still taking off and landing. Travelers in the rest of the terminals had no idea what was going on. I found out later that as they sat waiting for their flights they saw us running out onto the tarmac and wondered what was happening.

We all ran as fast, as far away from the building as we could. Until a point when finally, a slight bit of order, some security agent was like “You’re running on a landing strip. Like, a plane is going to land there any second. Come over here.” We stood in the glaring California sun. On the glaring pavement. For what seems like an hour but was probably seven minutes.

I wondered if this was the point in my life where I needed to do something totally insane to survive. No one knew what was going on. Why should I follow or listen to anyone else? Should I just run across the airfield and jump over the fence? Get the hell out of here before something really goes wrong?

“What if LAX explodes?”

I know how absolutely ridiculous this sounds. But when you’re running on adrenaline, everyone around you is crying and freaking out, and no one knows what is happening, you start to think in a heightened, crazy way.

I did not run across the airfield. I stayed put.

“It’s not fair, my heart never healed. I’m still dying inside, like not yet whole. My life is in flux. My career is just taking off. I’m totally not the person I wanted to be yet. I don’t know what I’m doing. I can’t die missing him. I am not that fucking lame.”

“My life. MY FUCKING LIFE. That’s it? This sucks. Fuck everything. If I was going to die it would be so much better to die doing something way cooler than being shot or blown up in an airport. Like I’d rather give my life for an awesome cause. Like start myself on fire for Occupy Wall Street. Or kill myself and leave my dead body on Sarah Pailin’s doorstep, just so she has to deal with disposing of my body. There are like 7000 cooler ways I could die right now.”

I know all these thoughts sound ridiculously dramatic. But that’s kind of in my nature. Also, minutes before someone was shooting at me. Free pass.

[At this point we were loaded into busses that took us to a large holding room, no one told us where we were going or knew what was happening].

As we entered into the hold room (somewhere in Tom Bradley Terminal I think), I felt the need to stay close to the door. If anything happened I wanted to jolt out the door (again to run for my life across the airfield). This feeling of paranoia lasted until my cell phone died and I got really bored. I guess boredom is the cure for fear of dying, because once you get bored you kind of just stop being scared. Unlike everyone else who had somehow managed not to leave al their baggage in the shuffle, I had no charger. I was lucky I even had my wallet. Those in charge didn’t do a great job of telling us what was happening or when we might leave.

“Is there anyone in here that knows what’s going on?” Asked the lead flight attendant who kept us company on the loudspeaker all day, “Are there any police here? Anyone TSA agents? Anyone who knows anything?”

The next 7 hours I was stuck in a room with 5000 people while an alarm went off incessantly. I could have been annoyed. But instead I was just glad not to be dead. I made a friend with a cute girl named Piper who is in a band and looks kinda like Tegan. They let us out around 4:30 and I waited for a cab until 6 or so.

I postponed my trip to New York until Monday. After spending 11 hours there, I had no interest in going back. That night I went to a barbecue at the home of a friend, nestled in the Hollywood Hills next to the iconic Yamashiro Restaurant, everything sparkling below us. We ate outdoors, the only way to eat on a warm Los Angeles evening. I fell asleep on the sofa in the middle of dinner. Clearly, it had been an exhausting day.

I’d like to say that I had some sort of deep epiphany at the airport. But I didn’t. I guess it was more a reminder of things I already knew, have already been trying to put into practice. Value your family. See the value in yourself so you can see the value in others. Don’t waste your time on nonsense. Tell the people you care about that you care about them. Don’t hold back.

Some people experienced true loss that day. Like the man who died. Or the family of the shooter. Or the people who were injured. I can’t even imagine what those people must have felt. The terror and fear. Their loss is devastating, life-changing. The only thing I can say is that is the closest I’ve ever felt to dying. When people ask me how I’m doing now I’m like “Oh, you know, just happy not to be dead.” Which is sort of a way of making light of a scary experience, but also true.

I’m just super happy not to be dead.

32 thoughts on “Did I Learn Anything From Surviving the LAX Shootings?”