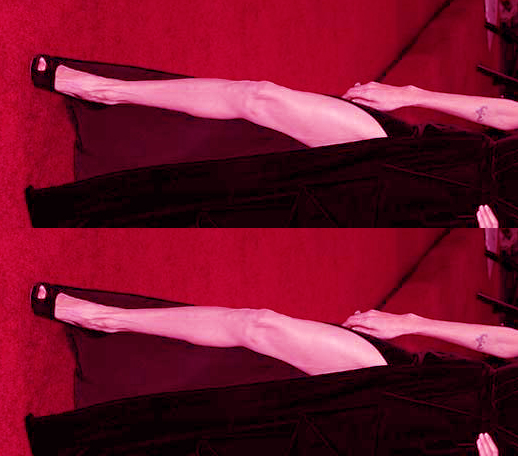 A few days ago, I was sitting next to my boyfriend playing with his beautiful hair, thinking about the future, and looking at facebook when I noticed a few of my friends were changing their profile pics to pink equal signs that look like this:

I didn’t really know what it was, but assumed it had something to do with the upcoming Supreme Court cases about gay marriage.

Cut to this morning when, slowly, my entire facebook feed turned pink and red, a collage of people changing their profile pics in support of gay marriage. This changing wave of photos led me through a tumultuous emotional roller coaster that occured in the following stages:

2. Wait everyone is doing it. Should I do it?

3. Wait, if I do it now am I just doing it because everyone else did it?

4. Is it wrong to not want to do something just because everyone else is doing it?

5. Is it wrong to do something because you’re worried about being a bad person for not doing something just because everyone else is doing it?

6. Wait, the fact that everyone has the same profile pic is starting to make my facebook wall look really beautiful. Should I change my pic just to improve the aesthetics of facebook? It’s kind of like a collective art installation…

7. OhMyGod that gross white trash girl who used to call me gay names in high school changed her profile pic. What is going on with the world?

8. Ok, now I just can’t do it because it’s too late and I’ll look like a straggler.

9. Is it wrong not to do something just because you don’t want to look like a straggler?

10. Fine. I’ll do it. But only if I can somehow figure out how to make an equal sign out of Anjelina Jolie’s exposed Oscar leg.

At that point I changed my pic to this Photoshop masterpiece:

Like any other rational human being, I am obsessed with that one time Anjelina Jolie Captain Morgan’d her leg all over the Oscars. It was the turning point at which I realized I no longer understood American pop culture at all.

I’m pretty sure changing our profile pictures is going to have zero impact on the Supreme Court rulings, which is why I didn’t jump on the bandwagon right away. This isn’t an issue of public opinion, so I’m not really quite sure what function changing our profile pictures is supposed to serve. I guess it serves some sort of emotional purpose. Like we all feel the need to do something. But does protest, even real, meaningful protest that involves more than changing your profile picture, even have a place here? Isn’t this about the justices interpreting the Constitution and figuring out whether it allows discrimination against gays? And deliberating. In a room? By themselves? Alone? Whilst not staring at my Facebook pics?

I’m not going to be one of those crabapples who sits to the side and grumbles about what everyone else is doing. I certainly have no problem with all my friends changing their profile pics, but there is a certain sense of safety in it that seems to negate the point of the whole thing. I can sit here from my West Hollywood (adjacent) apartment and safely update my profile picture so that everyone in my (highly edited) group of (entirely gay friendly) “friends” can see that I support gay marriage (duh).

Brian Moylan wrote a semi-scathing criticism of this Facebook profile pic conformity which I totally agreed with. His issue with it was that changing your profile pic is probably the laziest form of activism in the history of time. But our generation has a relatively lazy approach to activism. Mainly because we’ve never had any huge issues to get riled up about.

A long, long time ago, before Facebook and Grindr, gay people had to be, like, actual activists because they were all dying and no one knew what the fuck was going on. I was reminded of this when I recently watched How To Survive A Plague, a totally enthralling documentary about Act Up’s activism in the 80s, demanding that the government stop ignoring the AIDS epidemic. Those people were brave. They were emotional. They were out on the streets. And they were fighting for gay rights when being gay was frowned upon by the general public, when gays were pushed to the side, maligned, and swept under the rug. They were truly doing something brave. Modern gays owe them everything.

Flash forward to the only sliver of activism the Millenial generation has had the chance to feast on: the fight over the passage of Prop 8 in 2008. Our generation has been criticized for being apathetic and entitled and for the most part we have been. But that’s because we’ve never really faced a huge opposition (i.e. intense oppression in the 50s or AIDS in the 80s). But when Prop 8 was added to the ballot we were reminded that we were second class citizens, reminded that we still had a reason to unite and fight for something.

Prop 8 gave us the chance to stand in the street holding signs, to march in enormous groups and chant, to increase visibility. The rallies I attended in Los Angeles in protest of Prop 8 were exciting. It made us all feel like we were Harvey Milk-era activists.

Above art by Evan Ross Katz

And now back to the Supreme Court cases about gay marriage. Changing your Facebook profile picture isn’t activism. It certainly shows solidarity and support for the right to marry, but it’s not activism. And in this case that’s totally fine. At this point activism serves an emotional purpose, but perhaps not a logical one. We aren’t going to change the Supreme Court’s opinion on gay marriage. They have to figure out some sort of legal way to rationalize whatever decision they come to. While it made sense to protest Prop 8 because people were going to polls to vote on it, protesting a court decision before it even happens doesn’t make sense.

That being said, I think changing your profile picture to show support for marriage equality is great for a number of reasons. Firstly, it’s therepeutic and makes us feel like we’re doing something, somehow making us feel less powerless. My sister and her (female) fiance are waiting for this ruling with baited breath, being that their wedding is already scheduled for September. They have an especially vested interest in the outcome of these cases. And I know they felt a certain comfort in changing their profile picture and seeing how many other people follow suit.

The most heartening moments of this profile pic changing party has been seeing how many straight people showed up to support the gay people in their lives. My mom changed her profile pic, maybe yours did too. Seeing this felt good. Which I guess is the whole point of everyone changing their profile pics. Maybe it wont sway the justices, but it definitely gave people the sense that they were supported and loved. So yes, I do think it’s relatively useless as advocacy, but it serves as emotional enrichment for our community, a way for us to show we support one another. And I think there is inherent value in that.

45 thoughts on “Changing Your Profile Pic Is Not Activism”