Something tells me that more than handful of you would be down-right frightened if you were ever served crudités for dessert whilst dining out and about. And while that tray of celery and carrots may not an ideal dessert make, it’s actually not that far from something delicious (not to mention sweet). That’s right, I’m talking about desserts that call for vegetables and this past week at In Food We Trust, we’ve been sharing our favorite veggie-laden recipes for all to taste. Why vegetables you may ask? Well, in most recipes, a dash–in some cases a dollop–of veggies can add some much-desired moisture…which is the secret ingredient when it comes to baked goods. Avocados can be added for creaminess, beets can be added for sweetness (not to mention color). Black beans can even been added to brownies for added decadence and fudgy texture. When it comes to veggies in the dessert, the possibilities are virtually endless.

Vanilla-Zucchini Cupcakes with Vanilla Frosting: When my friend Kira heard I was doing a series on veggies for dessert, she said that these cupcakes were a must. After trying them, I totally agree. They’re pretty awesome.

Aunt Mable’s Zucchini Cookies: We had to kind of/sort of/maybe twist a friends arm to get his Aunt Mable’s recipe down on paper…but he eventually caved.

Chocolate Zucchini Cake with Fresh Lime Icing: This one’s a family recipe, passed down from my grandmother…it’s one of my favorites. Now I’m strangely (or not so strangely) addicted to lime icing. Can’t Beet Red Velvet Cupcakes with Roux Frosting: No, it’s not a mistake–this recipe truly calls for balsamic vinegar and beet puree. You know you want to try it. 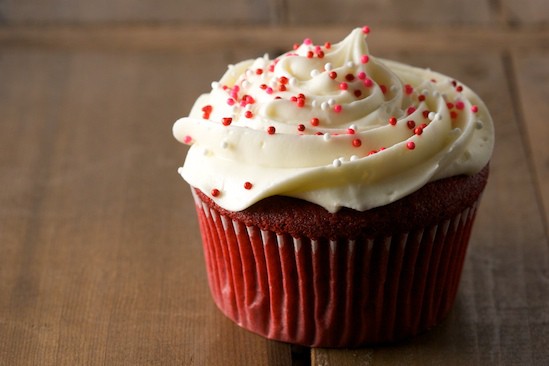 I hope these gratuitous pictures and delightful recipes have inspired you to start including vegetables in each and every dish you make. If not I’ll tell your doctor that you’re not eating your veggies. And then you’ll be sorry.